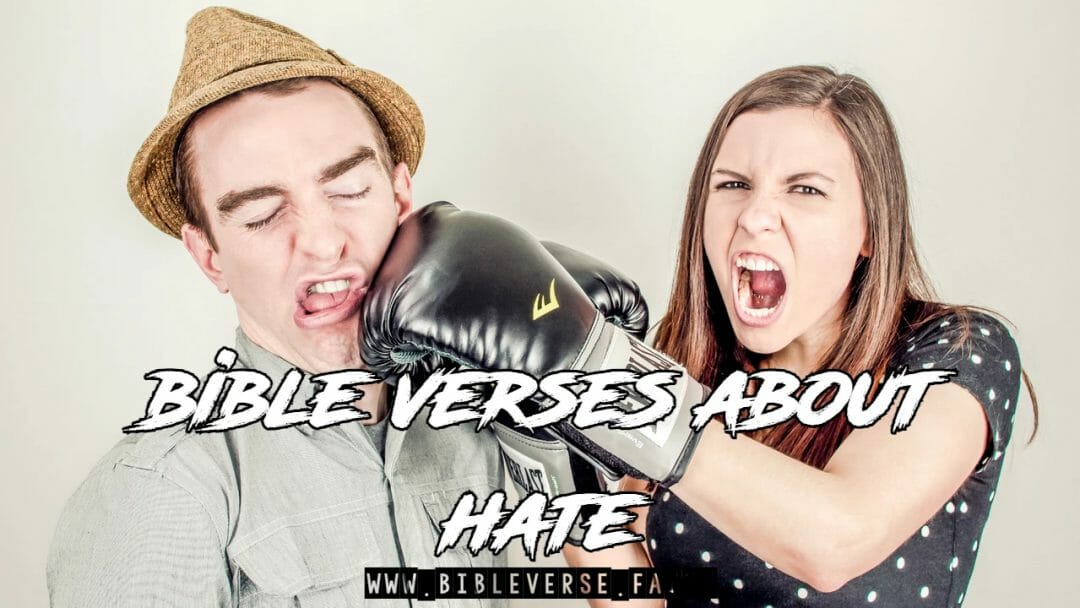 Hatred stirreth up strifes: but love covereth all sins. 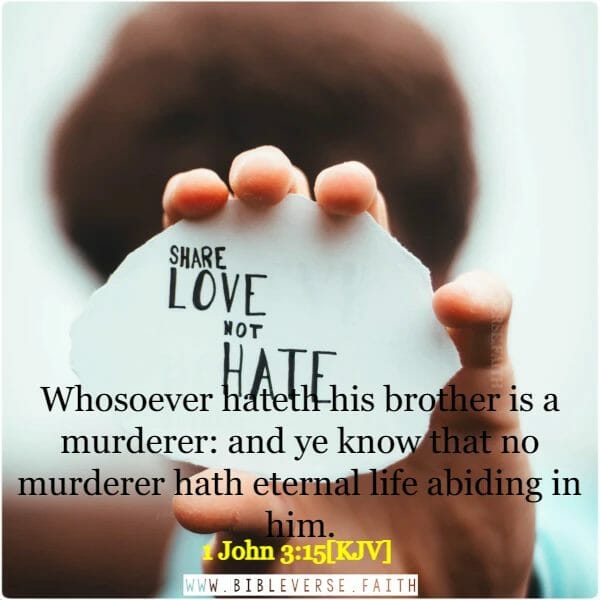 Whosoever hateth his brother is a murderer: and ye know that no murderer hath eternal life abiding in him. 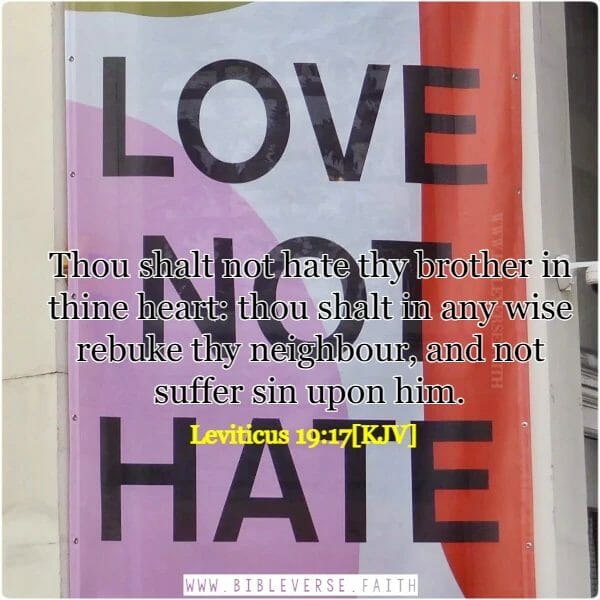 Thou shalt not hate thy brother in thine heart: thou shalt in any wise rebuke thy neighbour, and not suffer sin upon him. 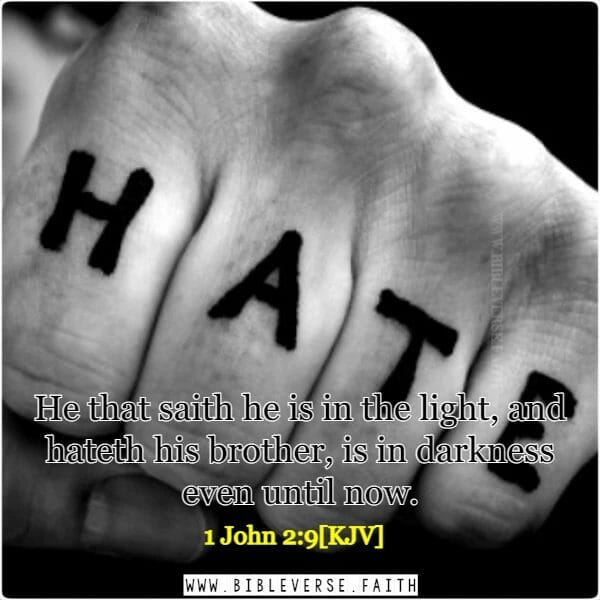 He that saith he is in the light, and hateth his brother, is in darkness even until now. 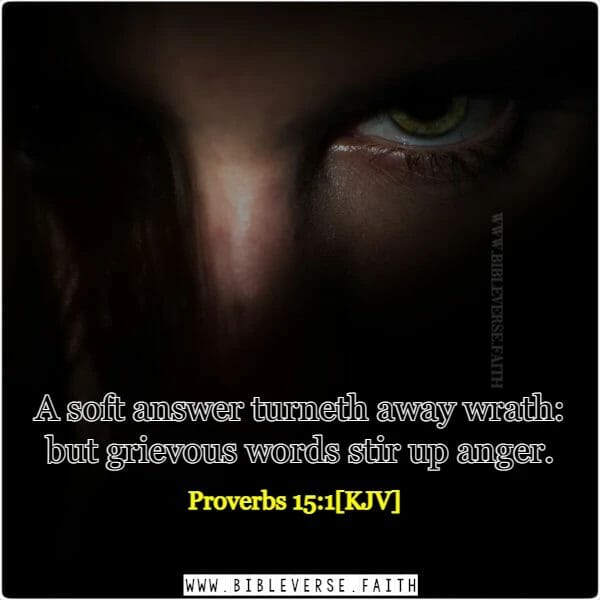 A soft answer turneth away wrath: but grievous words stir up anger. 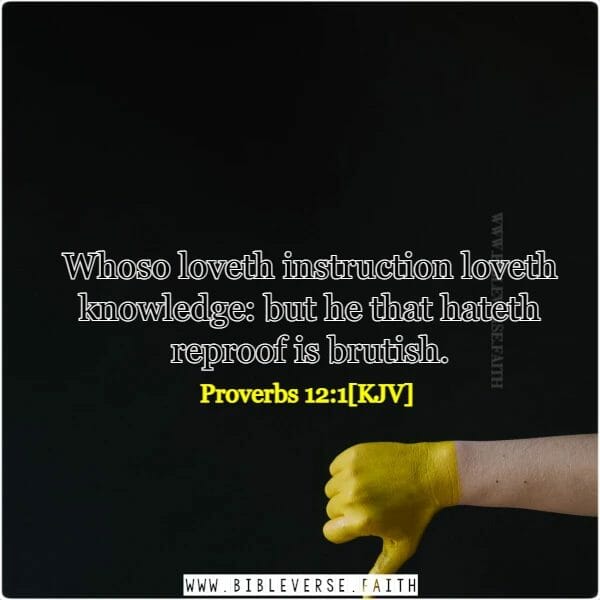 Whoso loveth instruction loveth knowledge: but he that hateth reproof is brutish. 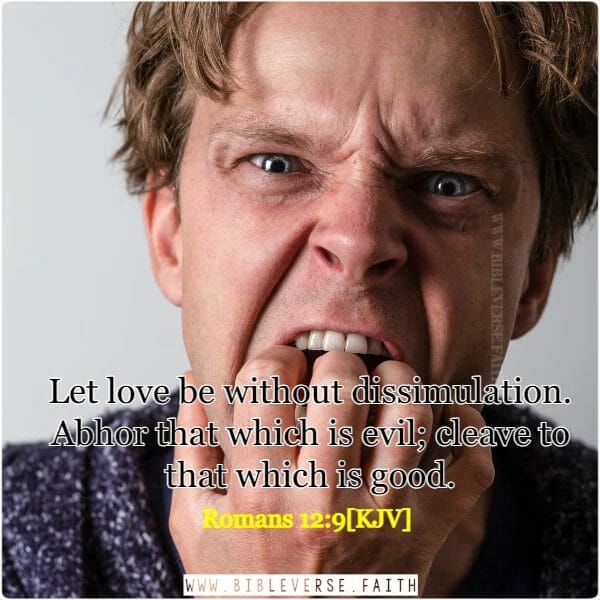 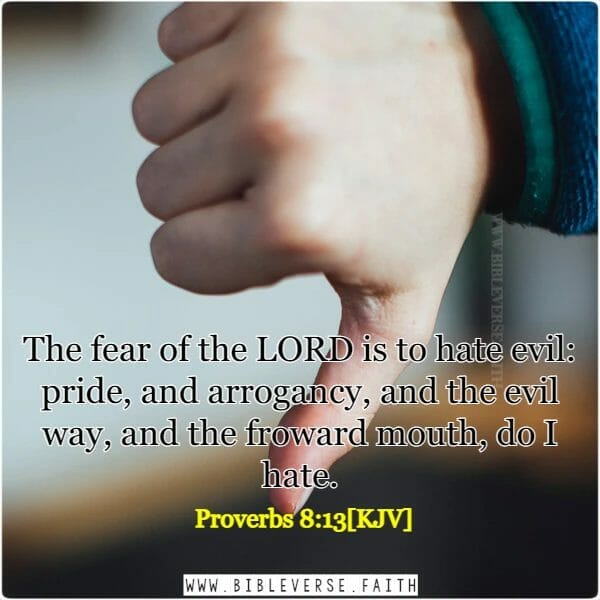 The fear of the LORD is to hate evil: pride, and arrogancy, and the evil way, and the froward mouth, do I hate. 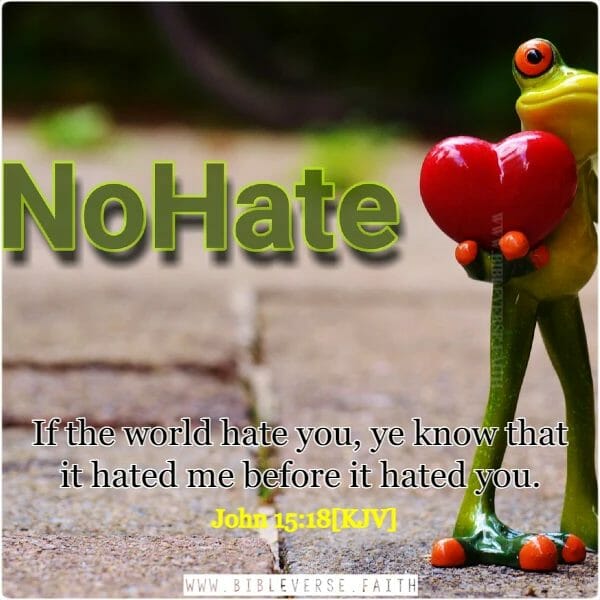 If the world hate you, ye know that it hated me before it hated you. 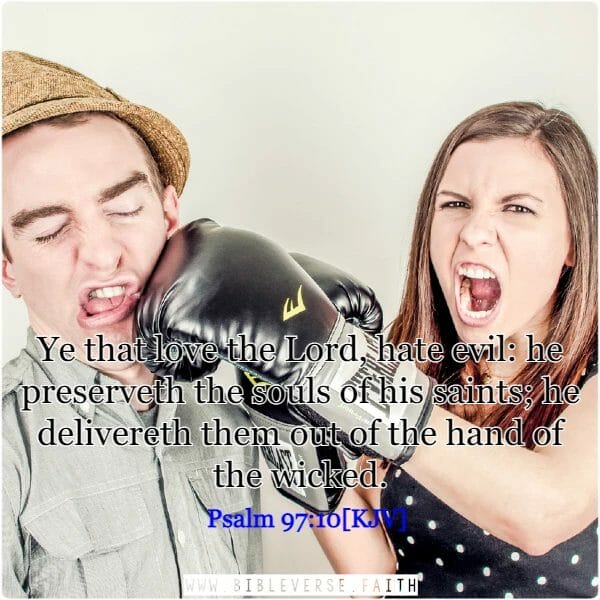 Ye that love the Lord, hate evil: he preserveth the souls of his saints; he delivereth them out of the hand of the wicked.

Let no corrupt communication proceed out of your mouth, but that which is good to the use of edifying, that it may minister grace unto the hearers.

No man can serve two masters: for either he will hate the one, and love the other; or else he will hold to the one, and despise the other. Ye cannot serve God and mammon.

26 For this cause God gave them up unto vile affections: for even their women did change the natural use into that which is against nature:
27 And likewise also the men, leaving the natural use of the woman, burned in their lust one toward another; men with men working that which is unseemly, and receiving in themselves that recompence of their error which was meet.

4 Charity suffereth long, and is kind; charity envieth not; charity vaunteth not itself, is not puffed up,
5 Doth not behave itself unseemly, seeketh not her own, is not easily provoked, thinketh no evil;
6 Rejoiceth not in iniquity, but rejoiceth in the truth;
7 Beareth all things, believeth all things, hopeth all things, endureth all things.

16 These six things doth the LORD hate: yea, seven are an abomination unto him:
17 A proud look, a lying tongue, and hands that shed innocent blood,
18 An heart that deviseth wicked imaginations, feet that be swift in running to mischief,
19 A false witness that speaketh lies, and he that soweth discord among brethren.

But I say unto you which hear, Love your enemies, do good to them which hate you, Bless them that curse you, and pray for them which despitefully use you.

Blessed are ye, when men shall hate you, and when they shall separate you from their company, and shall reproach you, and cast out your name as evil, for the Son of man’s sake.

Ye are of your father the devil, and the lusts of your father ye will do. He was a murderer from the beginning, and abode not in the truth, because there is no truth in him. When he speaketh a lie, he speaketh of his own: for he is a liar, and the father of it.